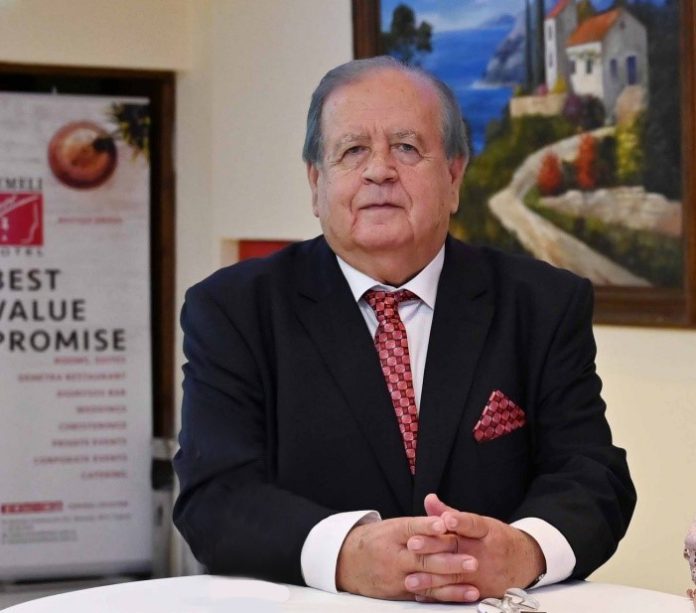 Is it possible to have a harmonious relationship between a giant and a small state without the giant state imposing its will on the small one and the two countries cooperating on equal terms? Although the automatic answer one would give is “no” – because as a rule, the big one imposes its will on the small one – the case of the China-Cyprus relationship is an exception to the rule, or more accurately is a model for the relationship between big and small states.

Last December marked the 50th anniversary of the establishment of diplomatic relations between the two countries, while the Republic of Cyprus opened an Embassy in Beijing in 1989. Over the years, the two countries’ relations have been continuously strengthened and there has always been mutual support in international forums on the major issues facing the two countries – such as China’s support for Cyprus’ independence, territorial integrity and sovereignty, while Cyprus has consistently supported the ‘One China’ position.

The Cypriot people have always deeply appreciated China’s principled positions throughout the years on the Cyprus problem and the positive role it plays as a Permanent Member of the UN Security Council. China has always supported efforts to resolve the Cyprus problem on the basis of the relevant UN resolutions and stressed the need to safeguard the sovereignty and national integrity of the Republic of Cyprus.

There have been many times when China has stood in the way of attempts made at the United Nations to undermine the Republic of Cyprus- something which the Cypriot people really appreciate- as well as the statements made repeatedly by the Chinese side on the need for everyone to respect the territorial integrity and sovereignty of states, the UN Charter and the rights of states under the UNCLOS.

On its part, the Republic of Cyprus has also consistently supported the principle of “One China” in international fora and as a member of the European Union it strongly supports the strengthening of China’s strategic partnership and cooperation with the EU. It believes that the European Union and China should promote dialogue and cooperation between them on the basis of the principles of mutual respect and mutual benefit.

In recent years, the key to the success of bilateral relations has been the strategic guidance given by President Xi and President Anastasiades and their shared commitment to common principles and values.  In a telephone conversation last November, the two Presidents agreed to upgrade the two countries’ relations to a Strategic Partnership, creating the conditions for very fruitful cooperation in the political, social and economic fields.

President Anastasiades and President Xi also agreed to continue to cooperate within the framework of the “Belt and Road” Initiative on the basis of the Memorandum of Cooperation they signed and to deepen the cooperation between the two sides in the fields of economy, investment and trade, mutual access to the market for food and high-quality agricultural products, and to encourage the businessmen of the two sides to further promote cooperation between them.

Many Cypriots admire the Chinese culture, which is one of the oldest in the world, and visit China by the hundreds to admire the exquisite works of China’s culture and civilization, and return quite excited about the experiences and wonderful things they have seen and experienced in China.

Very important in this regard is the contribution made by the Confucius Institute at the University of Cyprus, which among other things offers intensive Chinese language courses and works tirelessly to develop stronger educational, research and cultural relations between the two countries, offering a wide range of programmes, events and other activities related to culture, arts, education and business.

In addition, Huawei , a global leader in the field of information and communication technology solutions, recently gave 21 undergraduate and postgraduate students from Cypriot universities the opportunity to be trained in cutting-edge technologies under Huawei’s “Seeds for the Future” programme.

The close relations between the Republic of Cyprus and the People’s Republic of China are not limited to the cooperation between the two governments and state institutions of both sides but expand also to the increasing contacts and activities of organised groups such as academic institutions and municipalities.

We have recently seen cooperation documents signed between twinned cities of the two countries, including Fuzhou and Nicosia, Guangzhou, Weinan and Limassol, Xi’an and Paphos, Ningbo and Larnaca, in order to deepen exchanges and cooperation between local governments.

Cypriots do not forget that when the pandemic of COVID-19 broke out, and our country was facing a severe shortage of medical supplies, China immediately rushed to provide significant quantities of such supplies free of charge and informed Cypriot experts about its experience in fighting the pandemic as well as its vaccination programmes.

It is with great pleasure that we all note that, apart from the excellent diplomatic and other relations at the level of the two governments, the Cyprus House of Representatives and the National People’s Congress of China, initiatives are constantly being taken by many social institutions, students, entrepreneurs and the civil society in general to expand cooperation between China and Cyprus.

So we see that it is possible for a giant state like China and a small state like the Republic of Cyprus to cooperate with each other in full respect and on an equal basis, to the extent that their relations are a model for many other states.