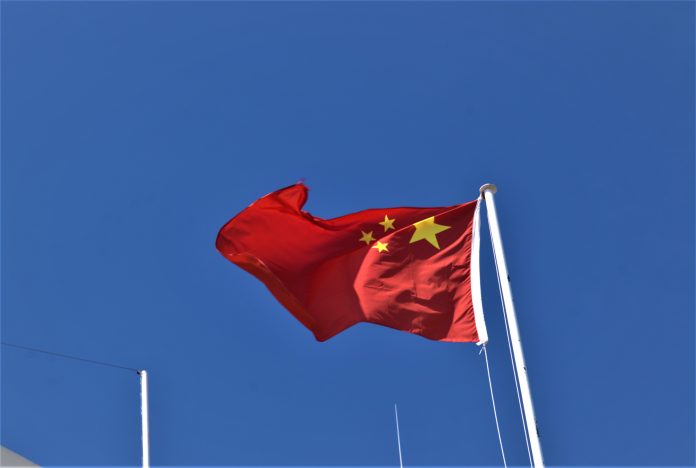 Under the theme of “Embrace a Green Life and Promote China-Cyprus Friendship”, in-depth discussions were held on the topics of “Promoting Sustainable Development for a Green Future” and “Promoting Traditional Cultures to Address Current Challenges” between youth representatives, including those from UIBE, SHZU and Peking University on the Chinese side, and those from the House of Representatives, political parties and universities on the Cypriot side.

In his keynote speech, Ambassador Liu said that while celebrating the 50th anniversary of diplomatic ties last year, China and Cyprus successfully held the first Youth Forum, building a bridge of friendship and exchanges between the young people. It was highly recognized by leaders of both countries. This year’s forum has greater size, level of participation and influence. It has become a pacesetter for youth and people-to-people exchanges between the two countries.

Last month, the Communist Party of China successfully held its 20th National Congress, which has charted the course for China’s future development, and injected strong impetus into China’s friendly exchanges with other countries. The Congress is important for history and for the world. This month, the two sides will celebrate the first anniversary of the China-Cyprus strategic partnership. In this context, the forum is particularly timely and significant. It will further boost the friendship and cooperation between the two countries.

China is committed to sustainable development. We believe that lucid waters and lush mountains are invaluable assets. We advocate harmony between humanity and nature in modernization. Historic achievements and changes have been seen in ecological conservation and environmental protection in China. As strategic partners, China and Cyprus both pursue green transformation. The two countries may enhance synergy between development strategies, jointly implement the Global Development Initiative (GDI), and contribute more to global sustainable development.

Fine traditional culture is the basis for the development of a country and a nation. The concepts and initiatives put forth by China, such as a community with a shared future for mankind and the Global Security Initiative (GSI), carries profound traditional wisdom. China and Cyprus are both ancient civilizations and share much in common. The two countries may further strengthen cultural exchanges and mutual learning, and contribute more wisdom to meeting global challenges and promoting human progress.

Ambassador Liu also gave suggestions to the youth representatives. First, equality and friendship. Through equal-footed exchanges, young people are expected to respect and understand each other and build cordial and lasting friendship. Second, mutual learning. Young people are encouraged to find the beauty of other cultures, respect them and learn from them, so as to make progress together. Third, innovation. Young people are encouraged to contribute their innovative ideas to China-Cyprus cooperation and help create an even brighter future for the bilateral ties.

Vice Minster Tian said that China and Cyprus are good friends and good partners. Educational cooperation and youth exchanges are a significant part of bilateral relations. Over the past more than 50 years, the two countries have secured fruitful outcomes in the above fields. Young people have new missions in the new era. China has embarked on a new journey of building a modern socialist country in all respects. It will accelerate efforts to build a high-level educational system and advance high-standard opening up. The Chinese Ministry of Education will actively build platforms of international youth exchanges. Young people of China and Cyprus are expected to improve their ability to advance green development, enhance mutual learning to carry forward the friendship, and foster a global vision to contribute to global governance.

Special Representative Constantinidou said that strengthening Cyprus-China relations, particularly youth exchanges, is a priority for Cyprus. The Cypriot Ministry of Education will further grow relations with China in the fields of education, youth and sports. This forum is highly relevant with an important theme. It will help young people of the two countries to better understand each other and work together to address global challenges. It will also help consolidate and further upgrade the Cyprus-China friendship.

Ambassador Mavrommatis, Rector Christofides, President Xia and President Dai also took the floor. They applauded the sustained and rapid growth of China-Cyprus bilateral relations and the far-reaching importance of the forum. They were committed to enhancing cooperation in education, youth and culture between the two sides. And they encouraged young people to aim higher, boldly chase dreams, and contribute more to promoting the China-Cyprus friendship.

Youth representatives from the two sides had in-depth discussions on issues of shared interest in light of the forum topics and their own experience. They also had interactions with the audience. Through exchange of views, they deepened understanding of the commonality between the two countries in pursuing sustainable development and promoting fine traditional culture. They fostered strong consensus on advancing green development and enhancing cultural exchanges. The forum was alive and full of highlights. It was broadcast online and attracted wide attention. Lasting for about three hours and a half, it helped increase mutual understanding, build consensus and deepen friendship. The event was covered by, among others, Cyprus News Agency, Xinhua News Agency and Cyprus Mail.