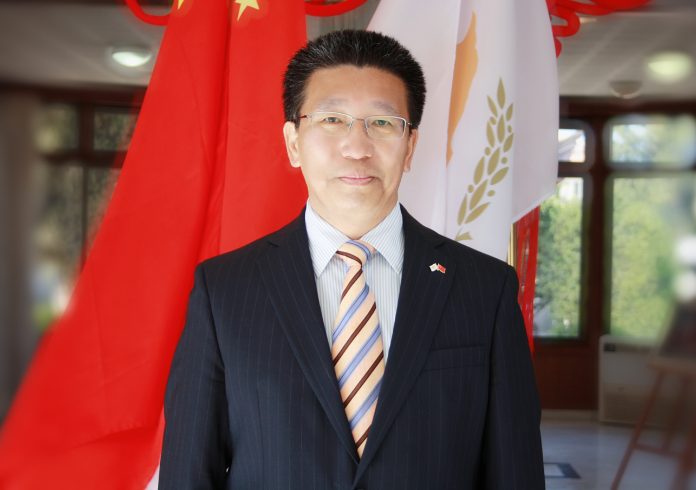 Question 1: What is China’s comment on the announcement of the northern part of Cyprus to be admitted to the Organization of Turkic States (OTS) as an observer?

Answer: We have noted that the OTS Summit was held recently in Uzbekistan. According to relevant information from the website of Uzbekistan Foreign Ministry, no decision related to the northern part of Cyprus was signed at the OTS Summit.

We have also noted that some member states of the OTS have expressed support for international law and respect for the sovereignty, independence and territorial integrity of all countries.

China is closely following the Cyprus Question. China has all along taken an objective and just stand and supported the efforts of Cyprus to uphold national sovereignty and territorial integrity. As a permanent member of the UN Security Council, China will continue to play a constructive role, and help move the Cyprus Question along the direction of a comprehensive, just and lasting settlement based on relevant UN resolutions and under the framework of a bi-zonal, bi-communal federation.

Question 2: What is China’s comment on the demand of the northern part of Cyprus to sign a Status of Forces Agreement (SOFA) with the UN?

Answer: So far, we have not received any information that the UN Secretariat intends to sign a SOFA with the northern part of Cyprus. The UN has clear provisions on the signing of SOFA with a host country. China maintains that the decision on the signing of SOFA needs to be based on relevant UN provisions, and the position and will of the Cypriot government needs to be respected.

Cyprus included in English list of safe countries with no need...

Akamas National Park to open its doors by the end of...