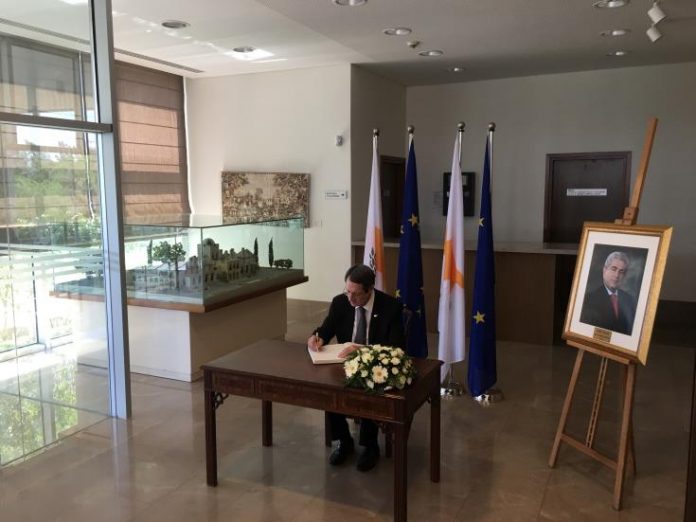 A book of condolences was opened on Monday in the Presidential Palace for the former President who passed away last Friday at the age of 72.

President Anastasiades told the press that he and former President recognized the importance of putting compassion and mutual respect above anything else.