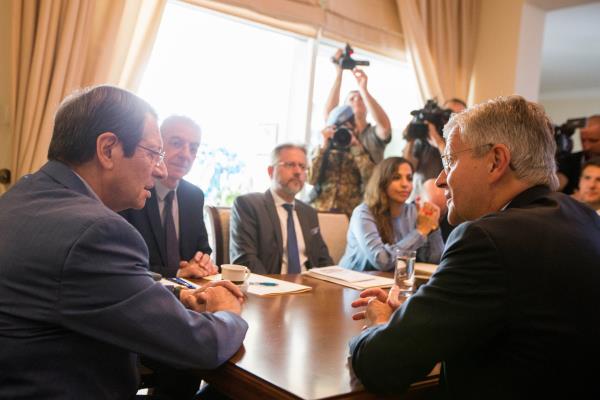 President of the Republic of Cyprus Nicos Anastasiades met on Wednesday with UN Under-Secretary-General for Peacekeeping Operations Jean-Pierre Lacroix, at the former’s residence in Limassol. After the meeting, Lacroix did not make a statement. Lacroix was accompanied by the UN Secretary General’s Special Representative in Cyprus and Head of the UNFICYP Elizabeth Spehar. Also present at the meeting was Government Spokesman Prodromos Prodromou. Lacroix is visiting Cyprus as part of a regional tour for contacts with peacekeeping missions. CNA/SK/RG/ΚCH/2019ENDS, CYPRUS NEWS AGENCY