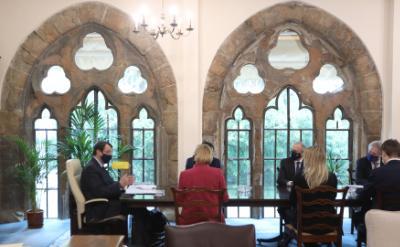 Slovakian Foreign Minister meets with his Cypriot counterpart in Nicosia on...